2020: A Gaming Year We Should Never Forget


2020 is a year that gaming should never forget. Every year end article will all have the same thing to say, 2020 was one hell of a year. With Covid-19 dominating most of the year, many of us got to spend more time in our favorite hobby of video games. But that doesn’t mean it was all sunshine and rainbows for the gaming industry in 2020, a year that I believe is important to remember.

2020 was quite the year not just for the gaming industry, but gaming as a hobby in general. I believe that it is a year we can look back on as one of the pivotal years of gaming. From abusive behavior being exposed to new console releases, there’s plenty to discuss. So instead of listing all of them, I’m going to look at what defined this year as one as one of the more memorable in gaming.

If you want to read on how the industry can improve in 2021, read this great article from Erik M. With that said, lets look at 2020 and why its a gaming year to never forget.

The Before and After of Highly Anticipated Games

This may be wishful thinking, but if 2020 should serve as a reminder for anything, its to not buy into the hype. Disappointment was the common theme of 2020 and gaming was sure to deliver on it in some way. Halo Infinite was pushed back to 2021 after an already controversial reveal. Marvels Avengers was a massive disappointment (Ultimate Alliance fan writing here) that upset many a player. The XIII remake was rubbish and insulting to the original. To top it all off, we have the madness surrounding The Last of Us 2. Bar one other title, The Last of Us 2 was the most anticipated game of the year. While the game was very well received upon release, it was shrouded in controversy before it even came out.

The Last of Us 2 became a poster child for the culture of crunch time that was exposed during development. Naughty Dog were quite naughty in trying to downplay it. This practice has thankfully been shown to a much more mainstream light this year. Add this to the review embargo that only let reviewers talk about portions of the game a week before release, and you have a title that left a bad taste in a lot of peoples mouths. The attacks on the developer and cast were pathetic and exposed an entitled side of gamers. We will discuss that in relation to another game.

Did you get your hands on a new gaming console this year? If you didn’t, fret not, because most people didn’t. While Covid-19 might be the easy target, its the scalpers of the internet who deserve the scorn. Many of these people bought up huge numbers of consoles and started reselling them for absolutely ridiculous prices. I unfortunately came across many stories of parents falling into the scalpers trap and buying an overpriced console.

The fact we got the Xbox Series X, S and PlayStation 5 this year is something to be very excited about as the future is bright. I wish they had been revealed a bit sooner in the hope to crush the scalper problem. 2020 will be remembered as the year despite a worldwide pandemic, “some” people got to play a new console and show how the technology is starting to cross a threshold into new horizons.

I hope to get an Xbox Series X in the near future and hop on the train into next gen.

The Turmoil at Ubisoft

This is the one I stress the most for you to remember from this year. Ubisoft protected abusers, plain and simple. The games industry had its #MeToo moment starting with the horrific revelation of abusive behavior behind the scenes at Ubisoft. While many rightfully praised the victims who came forward, the months after the initial scandal broke revealed that this abuse had been going on long before it was exposed to the light. CEO Yves Guillemot was personal friends with some of the abusers. When exposed, Guillemot attempted to dodge the reports but he had little to hide behind.

In October 2020, a survey conducted at Ubisoft found that out of over 14,000 employees interviewed, a staggering 25% had witnessed abusive behavior. That’s one in four people at Ubisoft. It had been reported, but it was ignored, as those in power were more interested in making money then the protection of their workers. Women were the common targets for these so called “men”. The abusers that were exposed were either suspended or fired. It was later learned that many of them still hold stocks in the company, so they will make money from Ubisoft regardless.

If 2020 should be remembered for anything in the gaming world, its that Ubisoft knew abuse was going on at their company, but hid it until its rotten husk was exposed to the world. Ubisoft should never be forgiven for this betrayal of trust. A sad story made worse when you think of all the people harmed by this horrible behavior.

2020 will serve as a year that the lunacy of some fandoms were upfront for everyone to see, and Cyberpunk 2077 serves as the ultimate example of this entitlement. Like The Last of Us 2, any who dared speak against Cyberpunk 2077 before it came out were dismissed as idiots who had no clue what they were talking about it. CD Projekt Red were in hot water when they broke their promise to not use crunch to finish the game. The most shocking example of this behavior came when some deranged fans sent footage that would cause epileptic seizures to Liana Ruppert, a games journalist with epilepsy, solely because she put out a PSA warning others in her situation. That, ladies and gentlemen, is assault. You can read the PSA here if you like.

This embarrassing behavior flew back in their faces, as when the overhyped game was finally released after three delays, it was a bug ridden mess. What’s more disturbing is the defense of CD Projekt Red by these fans, solely because the company presents itself as the “gamers developer”, the team that reject microtransactions and by the numbers game design. It reminds me of how people used to defend Bethesda before everyone realized that they are, shockingly, a corporation out to make money. There’s nothing wrong with loving a video game, but if that “love” makes you attack other people with rape threats or violence, you should get another hobby, or seriously look in the mirror.

Lets Look At The Positives!

2020 actually has some good points Here’s a list of great things that happened this year in the gaming world.

The main positive to take away from the year is that gaming can connect us in ways that are unexpected. When many of us couldn’t see our friends, gaming served as an outlet where we could lose ourselves in worlds that at times seemed better then the one we currently occupy. It helped me to keep in contact with friends who I didn’t get to see for months on end.

So there it is, the year end review. I didn’t cover everything, only what I felt was important to remember. While everything I covered was negative in a way, its for an important reason. We must always examine our behavior and keep those in charge accountable for their actions. We should applaud how hard developers worked to ensure we had games to play. 2020 will go down as an important year in gaming, and we shouldn’t forget that.

Do you thing 2020 is a year to not forget in gaming? Head on over to the forums to discuss and stay tuned to Generation Xbox for more features and all the latest news. 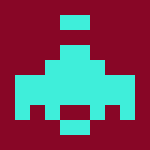