[Edit] After a lot of backlash, Xbox have announced that they will be reversing the price increase for Xbox Live Gold. The service will now stay at it’s current price of $59.99 for a 12 month subscription. The Xbox Live Gold team also went on to announce that they will be changing their policy so that free-to-play games will no longer require a Gold subscription to play online. This change won’t be immediate, but we should hear more in the coming months. It’s hard to imagine the backlash wasn’t expected, but it’s good to see Microsoft have reversed this so quickly. The original article remains below, unedited, so you can see our original piece on the announcement.

Many of you may remember the rumours that Xbox Live Gold could decrease in price that circulated last year. In a shocking move, Xbox have announced today that they will be increasing the price of Gold quite substantially. 6 months of Xbox Live Gold will now cost $60, which was previously the cost for a full year. This means the cost of a Gold subscription is increasing by 100%. That figure is sure to sting many gamers, especially amidst the financial difficulty caused by the ongoing pandemic.

3 month and 1 month plans will also increase in price, to $29.99 and $10.99 respectively. This means that Gold will always cost roughly $10 per month, regardless of how long a subscription you buy. Microsoft discontinued the 12 month subscription last year, although it was not clear why at the time.

However, for those that just want to keep Xbox Live Gold, Microsoft do seem to be trying to increase the value for gamers. Games with Gold, their monthly program in which they give every gold member an array of free games, has been criticised lately for it’s subpar offerings of mediocre games. This is especially apparent when compared to PS Plus, which tends to offer AAA games every month. However, it seems Xbox could be trying to remedy the situation. Today, they also announced the February 2021 line-up which will include Gears 5, the blockbuster Xbox Games Studios title which released in late 2019.

Although this isn’t a new release, it’s certainly a high-profile addition to the Games with Gold line-up that will surely please many. What remains to be seen is whether it’s enough to justify that huge price increase for the gold subscription.

How is the Xbox Brand Adapting for the Future?|New Years Resolutions for the Gaming Industry|Haven Review

Stay tuned to Generation Xbox for all the latest gaming news! 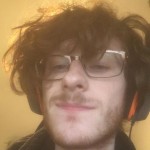